The main point of differentiation in LJH FM’s consultancy is the depth and breadth of our experience, our specific industry knowledge, and the perspectives and contacts we bring to each relationship.
Collectively, our team has over 50 years of marketing, media, M&A and investor relations experience, working with global financial services companies, luxury goods and services brands, FinTech companies, alternative investment advisors and service providers. We understand that every company has diverse publics, multiple client bases and a variety of competitors across different markets.Through aggressive and on-going marketing programs, we solidify our clients’ positions as established leaders in their field. With increased awareness and earned respect, they are then in a better position to advocate their platform and achieve their financial objectives. 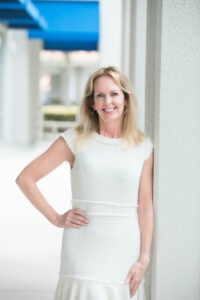 Previously, Ms. Luer was Senior Vice President of Public Communications Inc., one of the largest independent public relations agencies in the United States. She earned a B.S. in Journalism and an M.A. in Communications, both with Honors, at the University of Florida. In addition to her communications studies, she concentrated in statistics and Latin American Affairs. She was named Graduate Research Student of the Year, and later worked as an adjunct professor at the University of Miami and the University of South Florida where she taught college courses in journalism and public relations. She is a member of the Public Relations Society of America, the New York Junior League, The League Club of Naples and Greater Naples Leadership. 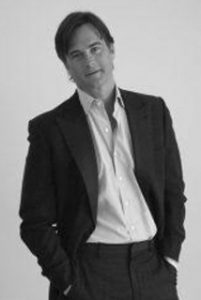 James R. (“Jim”) Hedges, IV was one of the early leaders in the hedge fund and alternative investments industry and is the author of Hedges on Hedge Funds. He was the Founder, President, and Chief Investment Officer of LJH Global Investments, LLC, an alternative investment advisory firm. Following the sale of LJH, in 2010, he founded Montage Finance, to make asset-backed loans secured by contemporary art and is also Managing Member of Hedges-Projects, a family organization created to oversee principal investments and art activities. Hedges has been an active investor throughout his 25-year career, representing the interests of both substantial investors and entrepreneurs. In 2017, Hedges founded HEDGES COMPANY, an Expert Network to marshal resources for its clients’ investing, growth and business development needs.

Hedges is often cited as an expert commentator on alternative investments for publications including The New York Times, Barron’s, The Financial Times, The Wall Street Journal, The Economist and Women’s Wear Daily. He is a Contributor to The Huffington Post. He has also regularly appeared on ABC, CBS, CNN, CNBC, CNBC ASIA, CNBC EUROPE, FOX NEWS, and Bloomberg TV. Additionally, Hedges was, for two years, a recurring on-air talent for CNBC’s award-winning Squawk Box (the only other permanent guest host apart from GE’s Jack Welch).

During Hedges tenure with LJH Global Investments, he achieved notable accomplishments in the development of the alternative investment industry. He launched the first onshore private banking fund of funds in the United States in partnership with Bessemer Trust Company. He also launched the first registered onshore fund of funds for mass affluent investors with Phoenix Investment Partners. Hedges created the most comprehensive database of hedge fund indices which were published by Reuters worldwide. Hedges developed a reputation for identifying hedge fund and private equity talent early in their lifecycle and was a seed or first year investor at firms like Symphony Asset Management, Och Ziff Management, Canyon Value, BlackRock’s hedge fund group, Reservoir Capital, and numerous other firms that went on to build multi-billion dollar businesses. Hedges also was profiled extensively for his insights into the Madoff fraud. Hedges identified Madoff as a scam in 1997 and advised his clients to stay away. His insights resulted in a profile of Hedges on ABC’s 20/20, Barron’s and Fortune.

Hedges attended Woodberry Forest School, Rhodes College, and The American Graduate School of International Management, where he earned a Master in International Management with a focus on Finance. Hedges has also participated in various continuing education endeavors and seminars including The Spencer Stuart Directors Institute at Wharton, Davos (The World Economic Forum), and coursework in Negotiations at Harvard Law School. Hedges has passed his Series 3, 7, 24, and 67 securities exams. Hedges was an initial consultant for the formation of the CAIA (alternative investment sector certification process). Hedges has also provided expert testimony for the Securities & Exchange Commission, The Bank of Japan and has testified before the United States Congress.